From Magicpedia, the free online encyclopedia for magicians by magicians.
(Redirected from Balloon twisting)
Jump to: navigation, search

Balloon Twisting or Balloon Modelling is the shaping of special modeling balloons into almost any given shape, often a balloon animal. People who create balloon animals and other twisted balloon sculptures are called Twisters. Twisters often work as busker, clowns, magicians or restaurant entertainers.

Some twisters inflate their balloons with their own lungs, and for many years this was a standard and necessary part of the act. However, many now use a pump of some sort, whether it is a hand pump, an electric pump plugged in or run by a battery pack, or a compressed gas tank containing air or nitrogen. Twisters do not generally fill their creations with helium, as these designs will not usually float anyway. The balloons for twisting are too porous for helium and the designs are generally too heavy for their size for helium to lift.

The origins of balloon twisting are unknown. The 1975 book by "Jolly the Clown" Petri credits "Herman Bonnert from Pennsylvania at a magician's convention in 1939" as being the first balloon twister. Val Andrews, in Manual of Balloon Modeling, Vol. 1, An Encyclopedic Series, credits H.J. Bonnert of Scranton, Pennsylvania as being the "daddy of them all." 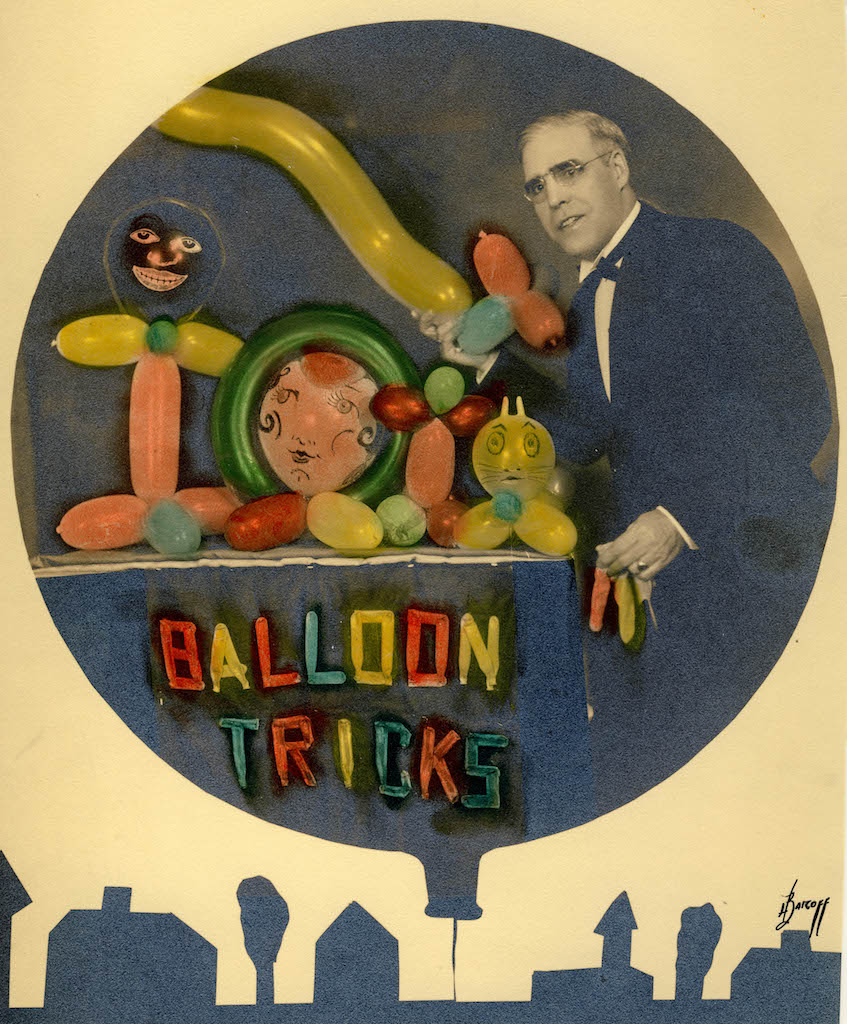 Magic and Magic galore in the past weeks. First the S.A.M, Ladies Night, then the Keystone State Federation of I. B. M. Rings came with a two day convention. Both were a huge success. Delegations from Baltimore, Lancaster, Scranton, Harrisburg, Allentown, New York and several other cities arrived altho the cold was extreme. Zero weather failed to keep the faithful away. The most novel performance was given by Herman Bonnert from Scranton, Pa. He makes all kinds of designs out of ordinary balloons.

"Black Diamond Ring No. 63 (Scranton, Pennsylvania) met at the store of Herman Bennert (well known in magic circles for his difficult balloon creations), his place of business known as The Keystone Novelty Shop."

John Cassidy is one of the premier comedy magician balloon twisters today.