From Magicpedia, the free online encyclopedia for magicians by magicians.
(Redirected from Charles N. Smith)
Jump to: navigation, search

Charles "Charlie" Neil Smith (1887-1972) began authoring the "Uncle Feelix Correspondence Column" starting with Sphinx issue of July, 1911. It ran until 1920 and he continued it again in the Pacific Coast Magic News in 1935. As "Uncle Feelix," he has brought readers of the Sphinx his witty, original and humorous quips, queries and replies.

He became interested in magic after receiving a copy of Professor Hoffmann's Modern Magic in 1897. He moved to Detroit, and took up active club entertaining after Nate Leipzig left for vaudeville. Smith was one of the pioneers in "rapid-fire" talking magic, with clean comedy patter. His program also included ventriloquism, readings and mimicry.[1] 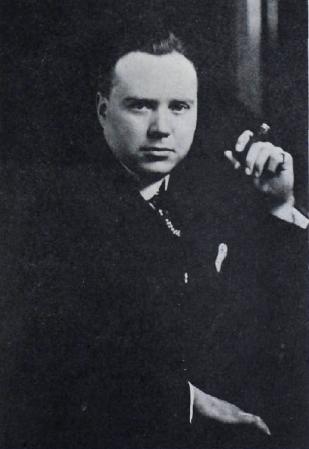 Census records indicate Smith was living in Denver in 1920, and Chicago in 1930, where he worked as manager of an automobile dealership. By 1935 Smith, his wife Kathleen and daughter, Pauline had moved to Seattle where he served as Historian for the P. C. A. M. from 1939 into the 1950s and as President in 1941. He was very active in the Seattle Magic Ring, which during the 1940's and 50's was one of the largest local magic clubs in the U.S. with a membership of over 200. Smith often sponsored meetings of the group at his opulent English Tudor-style home overlooking Lake Washington. Smith became known as the "elder statesman" of magic in the Seattle area at the time, living to the age of 85.

His daughter, Pauline Smith (born 1912), performed at the 28th Annual Ladies Night of the Seattle Magic Ring in 1958.[2] She never married and was active in the Seattle assembly of the Magigals until her death in the 1980's.