Clarence S. Miller (August 20th, 1929 - May 27th, 2018) emerged as a prolific magic builder for more than three decades. Clarence was legendary for his handmade wooden magic known throughout the magic world. He is most famous for one magic trick, The Impossible Penetration, and over 100 other magical treasures.

Clarence Scott Miller was born on August 20, 1929 in Lebanon Junction, Kentucky. His parents were Frank and Kettie Miller. Clarence had one brother, Francis Green Miller.

He graduated from Irvine High School in 1947. He lived in Irvine, Kentucky throughout his life and moved away briefly to serve in the Marines. Clarence served as a Marine sergeant in the Korean War from 1950-1954. After his service, Clarence attended the University of Dayton and studied electrical engineering before moving back to Irvine.

Clarence met the love of his life, Eva Faye McGee, and they became married on October 5th, 1950. They gave birth to their only child, Emily Beth, on January 18th, 1960. Emily resides with her husband Michael Feeback, in Maryville, Tennessee, and they have one son, Ian Feeback. 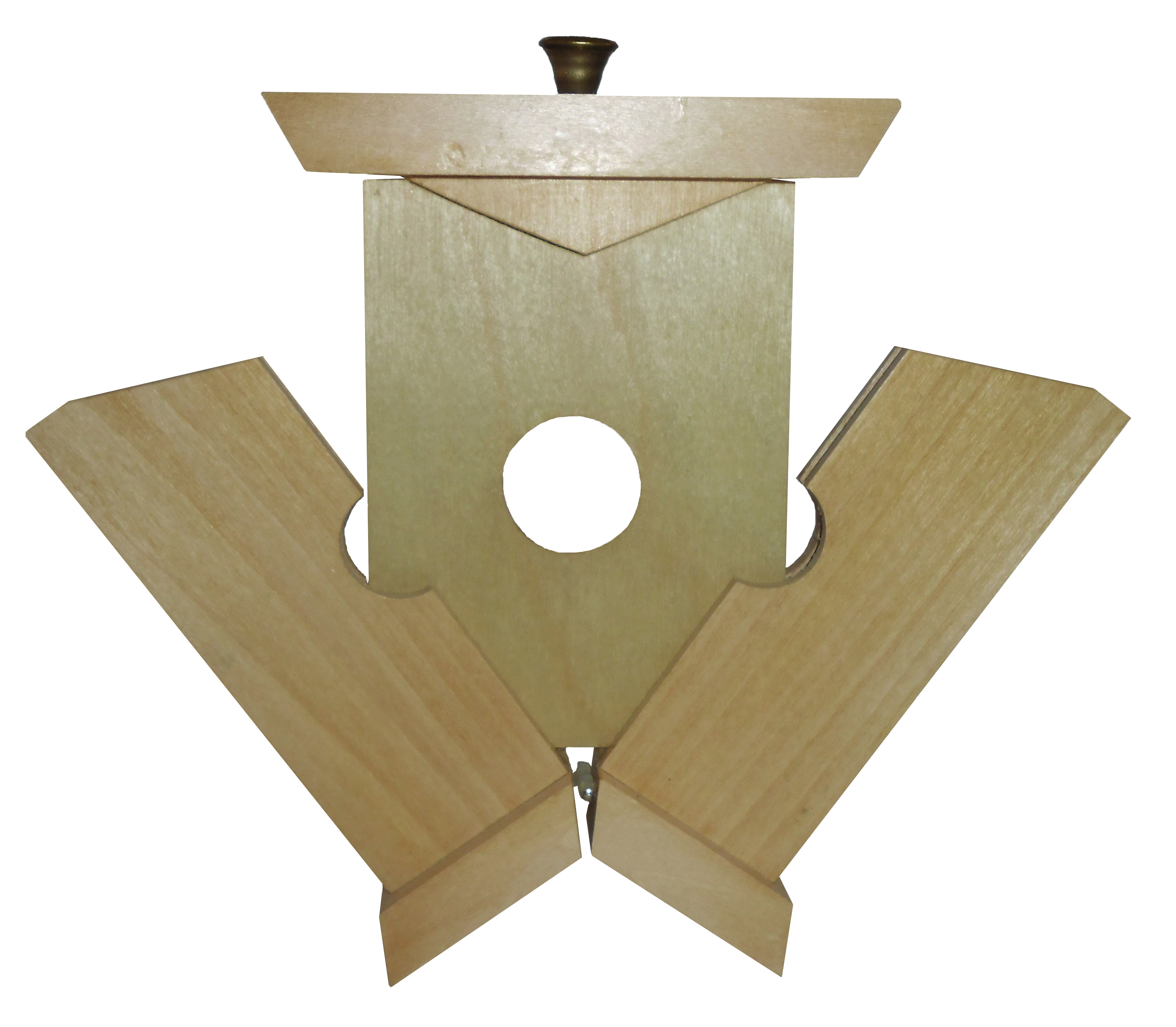 His family ran the Irvine Community Television system, a local high school favorite restaurant known as The Eagles Nest, and a coin-operated vending machine business named Miller’s Inc. Clarence also worked for the State of Kentucky as operations manager for the Mountain Parkway. He continued the vending machine business in Irvine and the surrounding area until his retirement in 1992.

He became captivated and bitten by the magic bug at an early age after seeing several great magicians perform. This inspired a lifelong passion to invent, entertain, and build his own magic. He became a member of the International Brotherhood of Magicians in 1948.

Clarence enjoyed showing magic to children and used to perform shows at the local library. Clarence did this out of the goodness of his heart and for the love of magic. Clarence also provided books, magic effects, and magazines to young magicians to inspire them along their magical journey. He donated several handcrafted effects for raffles, door prizes, and contests at the local magic club meetings. He also enjoyed sending get-well cards to magicians across the country.

His love for art is shown in several spiritual pieces he has painted in oil. These art pieces still hang in the Miller household and are stunning to see in person.

In June 1989, Clarence was elected to hold the office of President for The International Brotherhood of Magicians, Ring 198, in Lexington, Kentucky.

Clarence’s spirit and compassion for magic was recognized by his colleagues in November 2003. On behalf of the International Brotherhood of Magicians, Clarence was presented with a beautifully crafted wooden wand and case for his dedication and hard work.

In 2009, the Order of Merlin award was presented to Clarence from The International Brotherhood of Magicians.

A collective recognition of his contributions to magic was long overdue and well deserved. After many years of building magic, a book about Clarence was written by Donald Croucher. Magic by Miller, was published in November 2015 and contains 276 pages that detail the life and magic of Clarence. The book was overwhelmingly recognized by his colleagues, including world famous magician and Kentucky native, Lance Burton, who wrote the foreword for the book.

This biographical material is about a living person.
Such material requires a high degree of sensitivity,
and must adhere strictly to all applicable laws in the United States.
See MagicPedia:Biographies_of_living_persons for more information.
Retrieved from "https://geniimagazine.com/wiki/index.php?title=Clarence_S._Miller&oldid=83472"
Categories: