From Magicpedia, the free online encyclopedia for magicians by magicians.
(Redirected from Dime & Penny)
Jump to: navigation, search
Dime and Penny is a classic pocket trick in which both coins are covered (sometimes a spectator's hand) and when uncovered, the dime has vanished. 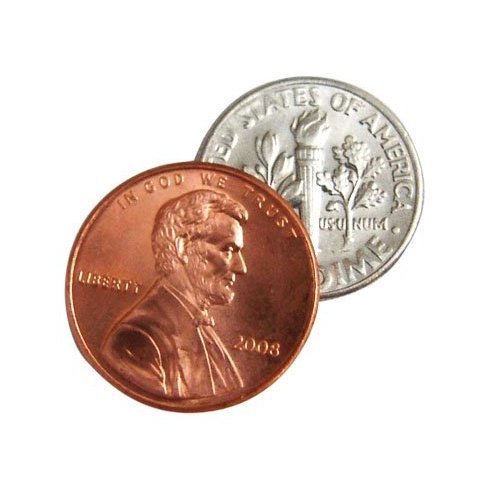 Conceived by Thomas Nelson Downs around 1909 while working out the effect of passing coins through a borrowed handkerchief. The first gimmick was made to his specifications around 1917.

In The Trick Brain, Fitzkee states that it is "a modern adaptation of a more complex transposition trick which Professor Hoffmann called The Eight Coins and the Two Brass Covers", page 165 in More Magic.