From Magicpedia, the free online encyclopedia for magicians by magicians.
Jump to: navigation, search
The Gozinta Boxes are a topological magic trick invented by Lubor Fiedler in 1966 and first introduced at the 1970 FISM convention in Amsterdam. In this trick, a die box is removed from a box. The positions are subsequently reversed and the outer box is now placed inside the die, creating a paradoxical situation. 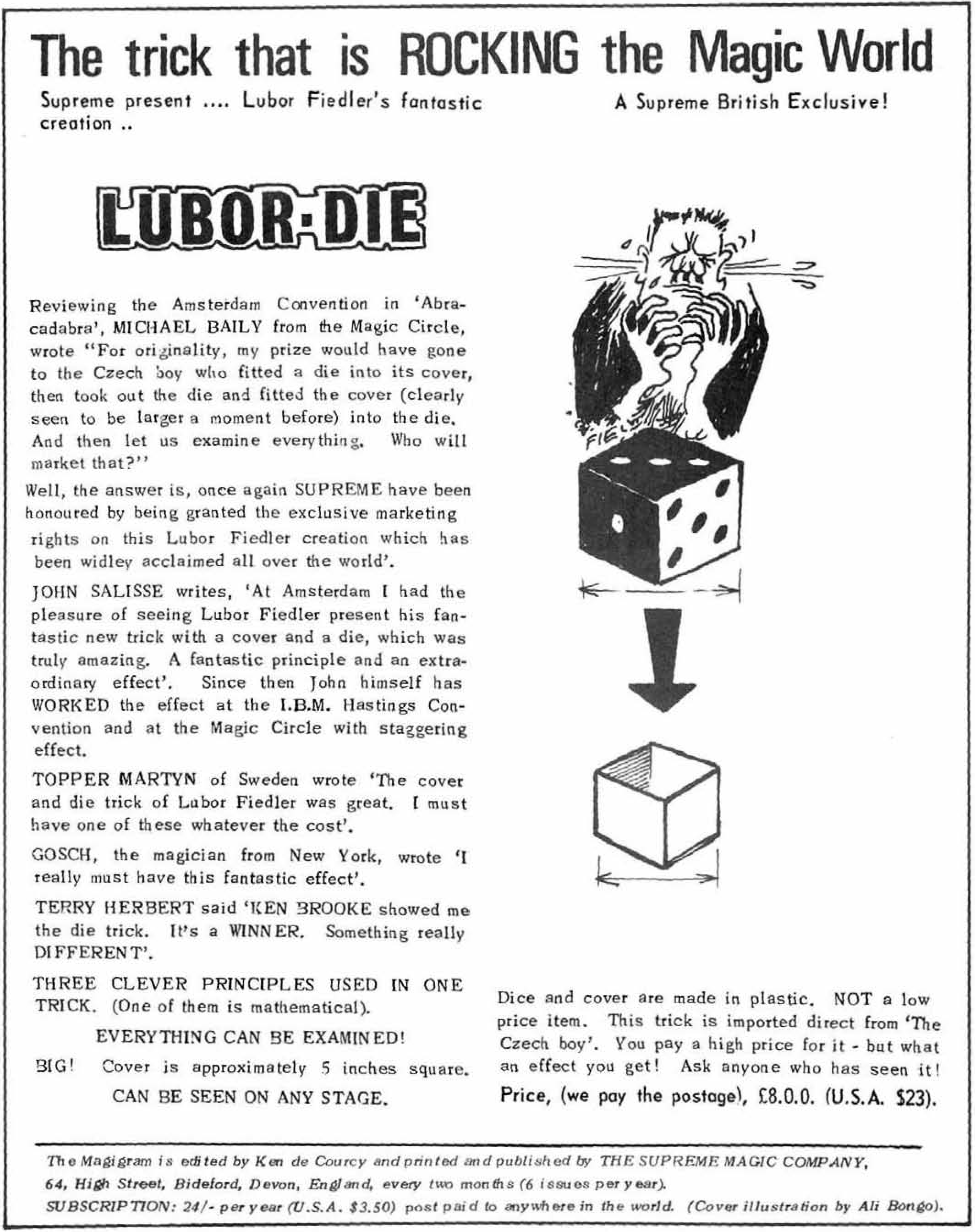 The word 'gozinta' (sometimes written as 'gazinta') is an uncommon word that first appears in the English language around 1910.[1] The word gozinta is a form of eye dialect[2], just like words such as 'fella' instead of 'fellow' or 'helluva' instead of “hell of a ...”. The term gozinta was first used by primary school teachers to explain the principles of long division. For example, 2 gozinta 4 because 2 × 2 = 4, 4 gozinta 12 because 3 × 4 = 12, 8 gozinta 24, 9 gozinta 72 and so on. The word gozinta has twice been registered as a trademark with the United States Patent and Trademark Office.[3]

Edwin Hooper of the Supreme Magic Company bought the rights to the trick and successfully marketed it under the name Lubor Die. Jeffery Atkins introduced the name Gozinta Boxes at the 1971 Friendly Convention at Bideford.[5] Supreme Magic bought the rights to his script and started selling the prop under the name Gozinta Boxes, which has become the generic name for this magic plot.

A range of versions of the gozinta plot has been marketed over the past decades. In 1993 Tenyo released a close-up version under the name Parabox. This version included a sponge ball production by Toru Suzuki.