Prior to M-U-M, in 1902 the Meeting Reports were published in the Sphinx magazine. 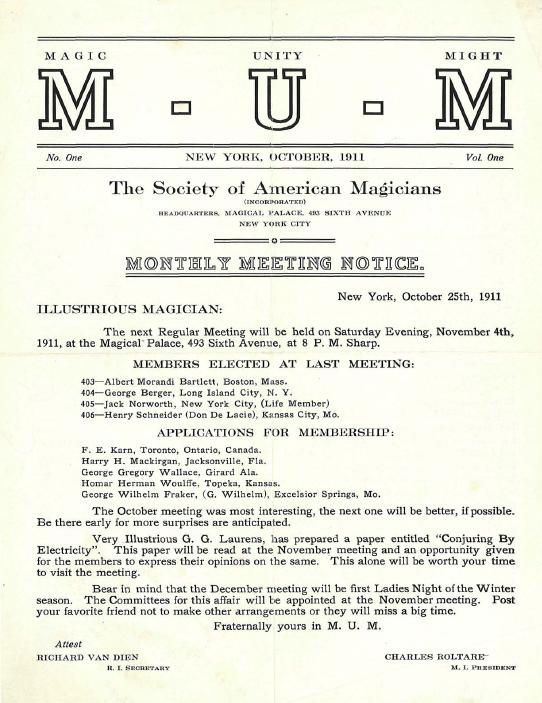