Milt Larsen (b. 1931), born in Los Angeles, California, is a writer, actor, performer, lyricist, magician, entrepreneur, speaker and the creator of The Magic Castle.

Larsen was originally a writer for the Ralph Edwards' TV classic, Truth or Consequences (1950) starring Bob Barker. He also wrote the Malibu U Television series (1967).

Milt and his brother, the late Bill Larsen Jr., were both in television but had grown up in a family of magicians. Their father, a performing magician and respected Los Angeles defense attorney, William W. Larsen, Sr., and their mother, Geraldine, the early TV pioneer children's entertainer known as The Magic Lady, published Genii, the Conjurors Magazine, which is still in publication.

The Larsen Brothers' father passed away in 1955, his dream of a place for magicians to gather and swap trade secrets over drinks unrealized. In 1961 history was made when Milt Larsen met Tom Glover, the owner of the entire hillside property which featured the famed Hollywood hilltop restaurant The Yamashiro.

Milt told Tom about his late father's idea of a clubhouse for magicians, and Glover agreed to Milt's proposal to transform the Lane mansion on Glover's property, below The Yamashiro, into what has since become one of Hollywood's all-time world renowned landmark attractions, The Magic Castle.

Milt worked out a lease arrangement with Tom Glover, and almost single-handedly restored the once-stately, albeit dilapidated old house, located at 7001 Franklin Avenue, to its former Victorian period elegance (Milt's grandfather was a master carpenter and taught Milt the art of fine wood-working).

Milt's biggest (and at first practically only) supporter was his brother, Bill Larsen Jr., at the time a CBS television producer of (The Danny Kaye Show). Bill Larsen promoted Milt's new enterprise among his network show business connections at every opportunity, bending ears and twisting arms, recruiting members for his brother's unique new private club.

When The Magic Castle opened its doors to magicians in 1963, Milt's brother Bill came on board as President of The Academy of Magical Arts and Sciences, and was soon joined by his new bride and former magician's assistant, Irene Daniel Larsen, in promoting The Magic Castle world-wide in the international world of magic. 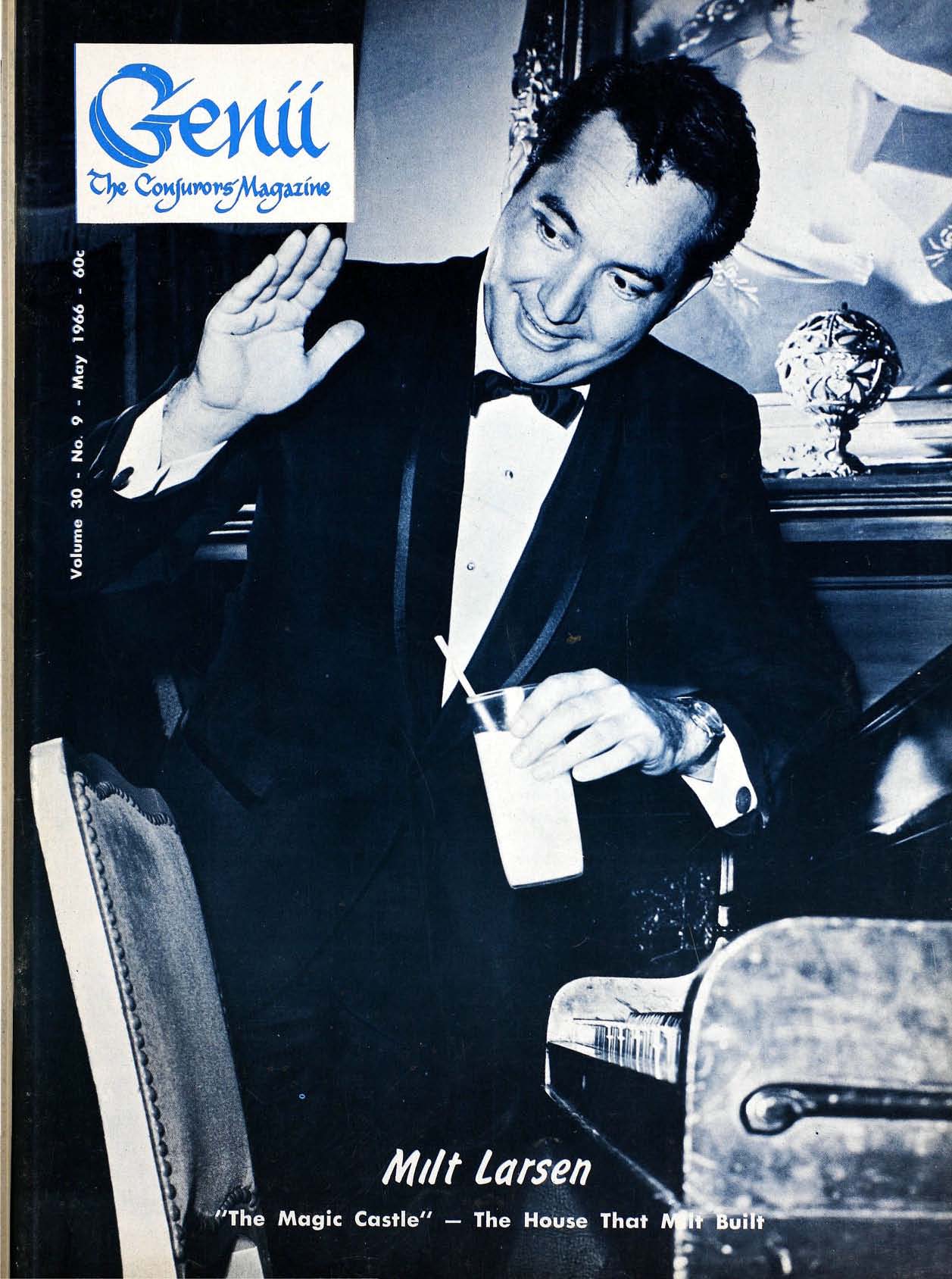 On September 15, 2006, Milt and Bill Larsen Jr. were honored with a Star on the Hollywood Walk Of Fame on Hollywood Boulevard, in Hollywood, California.

Milt Larsen has served as a creative consultant for the motion picture Bedknobs And Broomsticks (Disney Studios - 1971).

He has appeared as an actor in Television's Hart To Hart (1981 Murder Up Their Sleep), and also a cameo appearance as a spectator (uncredited) in Bedknobs And Broomsticks. He also appeared as the back and hands of actor Raul Julia as Gomez Addams, performing his legendary tablecloth yank at the end of Gomez and Morticia's Tango dance in Addams Family Values (Paramount Pictures - 1993).