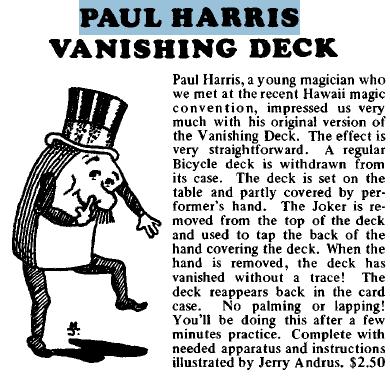 Ad circa 1973
P.H. Vanishing Deck is a gimmick developed by Paul Harris, allowing you to vanish a deck just pulled out from a card box. Originally marketed by Jerry Mentzer's Magic Methods (1973).