From Magicpedia, the free online encyclopedia for magicians by magicians.
(Redirected from S.O.B. Jr.)
Jump to: navigation, search

Son of the Bat Jr. (and later as "The Greater" S.O.B. Jr.) was the house organ for Magic Limited published by Lloyd Jones. 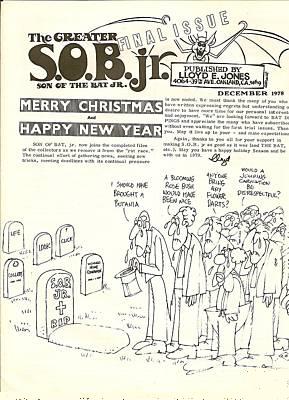 In 1977, Pete's Leaflet was included, as well as the pamphlet Sticks and Stones.