The Magician was an American television series that ran during the 1973–1974 season. It starred Bill Bixby as stage illusionist Anthony "Tony" Blake, a playboy philanthropist who used his skills to solve difficult crimes as needed. In the series pilot, the character was instead named Anthony Dorian. The name change was due to a conflict with the name of a real life stage magician.

'Bill Bixby as Anthony Dorian
in the pilot for "The Magician" 1973 TV series.

Blake was a professional stage magician who used his skills to solve crimes and help the helpless. Years earlier, Blake had been unjustly confined in a prison in an unnamed country in South America. He discovered a way to escape with his cellmate, which began his interest in escapology. The cellmate died and left him a fortune. The escape led to a career in stage magic which made him famous. He never forgot his imprisonment, and it motivated him to seek justice for others.

Initially, Blake was based out of his privately owned jetliner, which was outfitted as a mobile residence with live-in pilot Jerry Anderson, played by Jim Watkins. He frequently received assistance from acerbic columnist Max Pomeroy, portrayed by Keene Curtis, and his wheelchair--bound but brilliant son Dennis (Todd Crespi). Midway through the program's run, the idea of the airplane was dropped and Blake was living in a posh apartment at The Magic Castle, a real club devoted to magic acts. At the same time, the supporting cast of the show was replaced with a new, single character, Dominick, a somewhat comical sidekick played by Joseph Sirola. No explanation for the changes was given in the series, although Tony did recruit Jerry and Max for one further case in the new format. 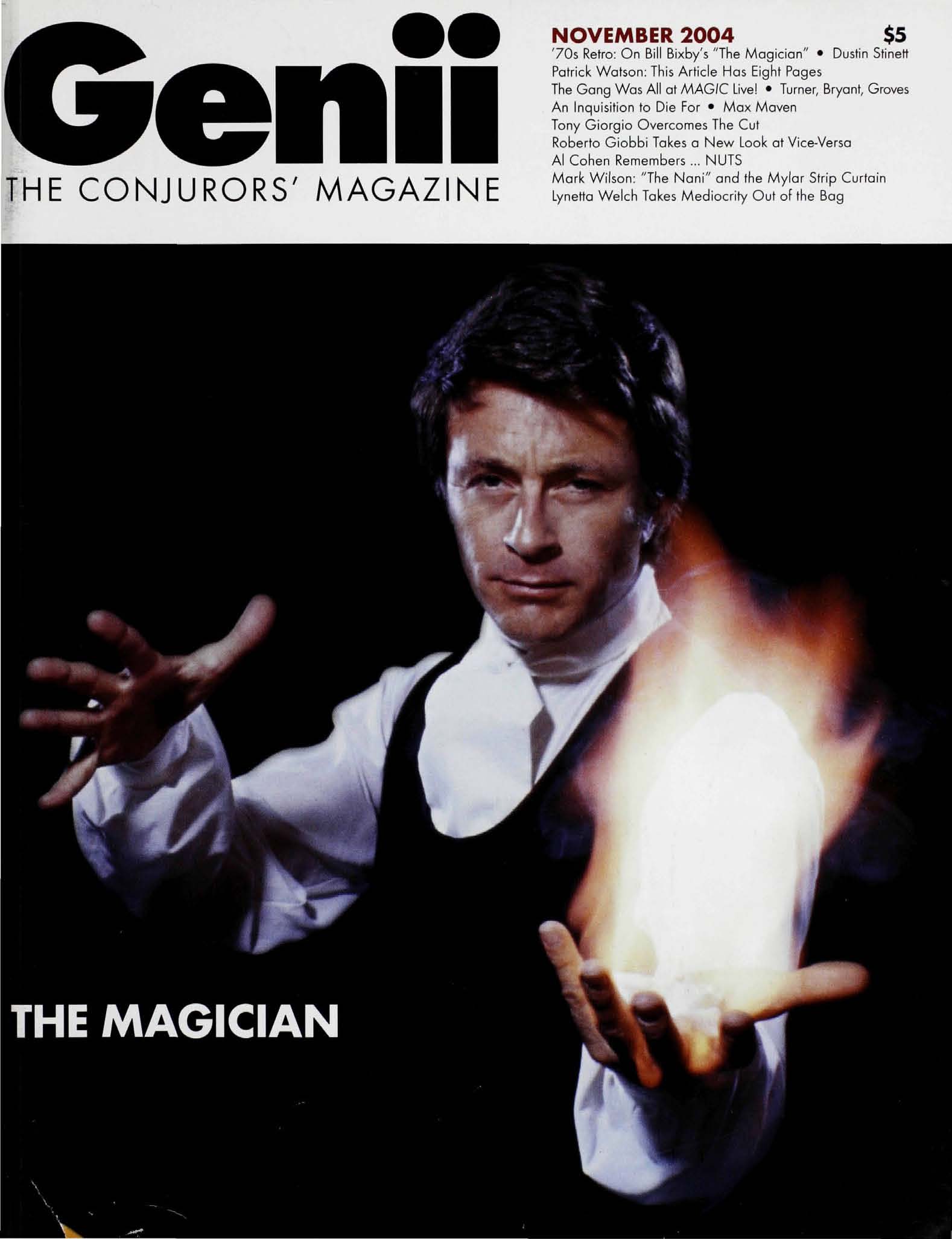 Magic on the program

The show is noteworthy in that Bixby insisted on doing all of the magic himself, without any trick photography, although this was not the case in the TV-movie/pilot. He was instructed in these performances by the program's technical adviser, Mark Wilson. Once the format changed to have the hero based in a magic club, Wilson could occasionally be seen on the stage there, as well. In addition to escapes, Bixby performed feats of sleight of hand, mentalism, and stage illusions. After the series' cancellation, Bixby went on to host a string of magic specials on NBC and a series in first-run syndication.

Though it ran only a single season, The Magician was an influence on later series. The show was a favorite of The X-Files creator Chris Carter, who worked it into Special Agent Fox Mulder's "origin" story: a teenaged Mulder was watching The Magician when his sister Samantha was abducted by mysterious forces.

In the Quantum Leap episode "The Great Spontini", Sam Beckett leaps into an amateur magician in 1974 who aspires to appear on Bill Bixby's The Magician; however, Sam's Swiss-cheesed memory can at first only recall Bixby's connection with The Incredible Hulk, which had not been made at that time.

The Incredible Hulk itself featured an episode that paid homage to both The Magician and Bixby's earlier series, My Favorite Martian. In the Hulk episode "My Favorite Magician," Bixby's character became the temporary apprentice to a stage magician played by Bixby's Martian co-star, Ray Walston. Mark Wilson was on hand again as the episode's "magic consultant" as well.