From Magicpedia, the free online encyclopedia for magicians by magicians.
(Redirected from Witchdoctor's Club)
Jump to: navigation, search

Witchdoctors Club was an informal exclusive magic organization in New York City founded by Clayton Rawson in the late 1950s, as a 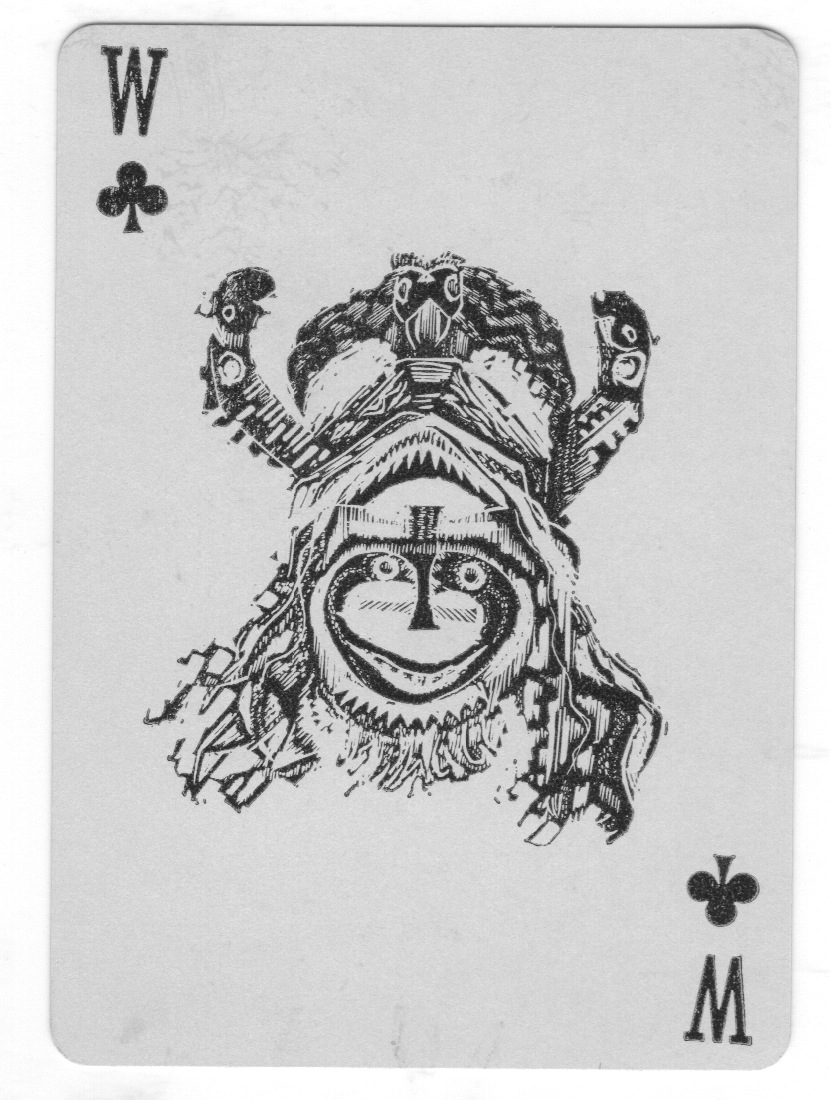 Membership was by invitation only and the sole purpose was lunch. Clayton would call around and tell everyone which New York City restaurant to gather, typically on a Thursday at a Spanish restaurant in back of the Palace Theatre on 49th Street.

A genuine Witchdoctors membership card, now considered a collector's item, was printed on a blank-faced playing card containing a cryptic image with has a "W", with Club sign in the corner.[2] 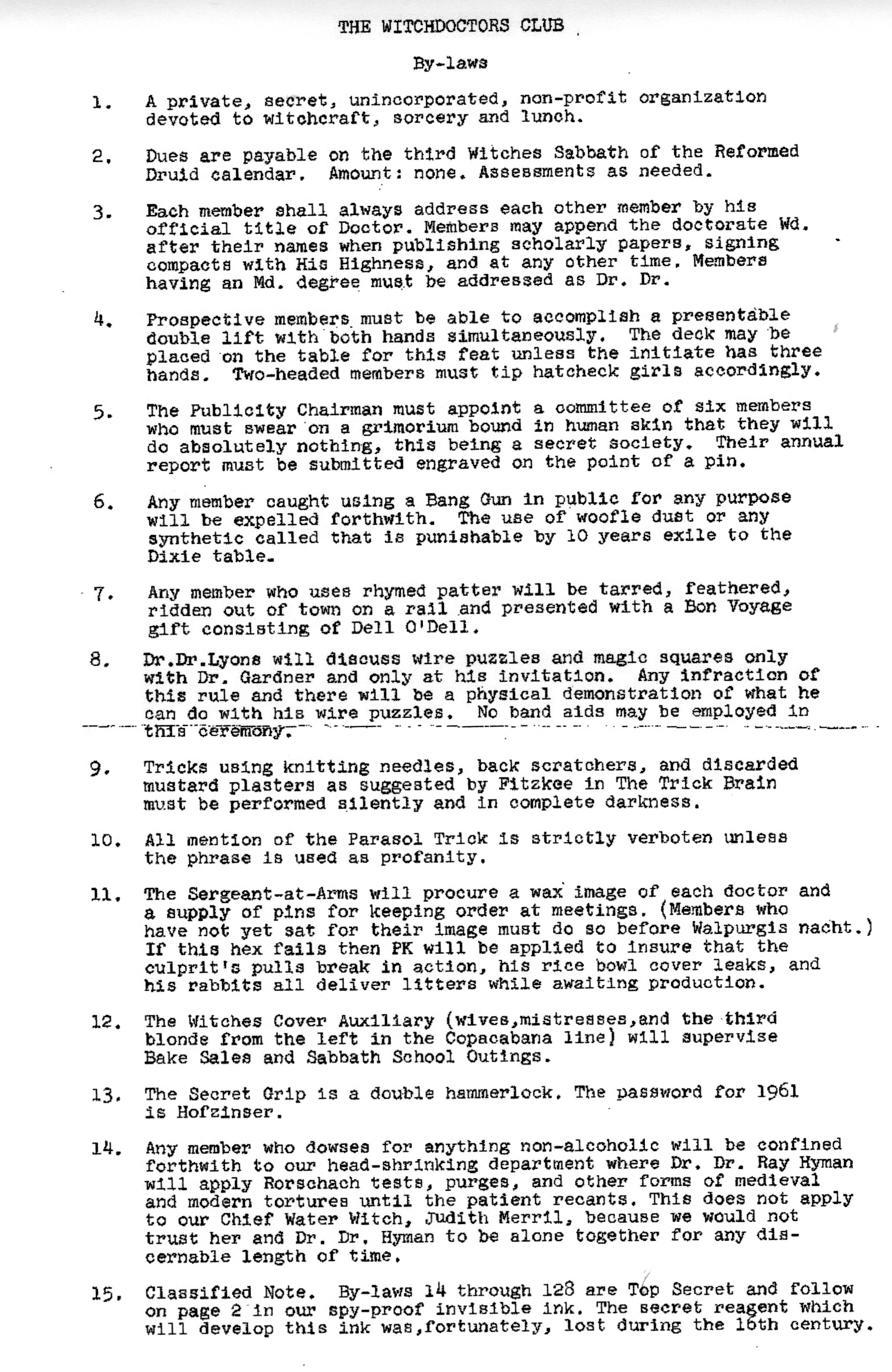 Every summer from the late 1950's into the mid 1960's, Clayton Rawson, aka The Great Merlini, and his wife Kate invited the Witchdoctors to their home in Mamaroneck New York for a summer picnic. Many of the above named members attended and then performed an evening of magic for the Rawson's neighbors on the stage he had built in the backyard. It had curtains by Mother and spotlights in the trees... In additional to the regular Witchdoctors, others performed as well, including: Milbourne Christopher, Harry Blackstone, Jr., Dai Vernon, the Amazing Randi, Harry Lorayne... I wish I had photos of those shows but i was too busy assisting back stage. Merlini performed many illusions at those shows notably Pepper's Ghost and the Levitation. I was featured in the former, my sisters alternated in the latter.

For many years, the Rawson backyard was also the site of the annual Mystery Writers of America picnic. Clayton Rawson was a founder of the MWA and the organization's first treasurer. He also coined the MWA's slogan: "Crime doesn't pay... enough".