From Magicpedia, the free online encyclopedia for magicians by magicians.
(Redirected from Zombie Ball)
Jump to: navigation, search 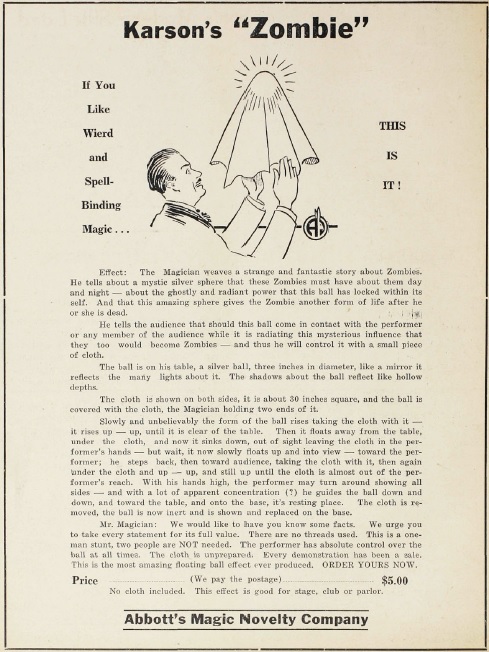 The Zombie effect is a one-person Floating Ball illusion invented by Joe Karson, in which a silver ball floats up, down and around as if performing, behind a Foulard held by the magician, even occasionally peeking over the top, or sitting briefly on the top edge of the foulard, etc.

The inspiration for the effect came to Karson when he was fooling around with the simple impromptu trick, where the magician interlocks the fingers of both hands, and a lighted match appears to magically suspend in air behind it. He patented the Zombie effect in 1940.