He started out as a juggler and by 1834 he had added magic and ventriloquism to his program. He also advertised "An Imitation of a Chinese Juggler" act which would seem to show that he was not Chinese as his name implied. Some think he was born in England. 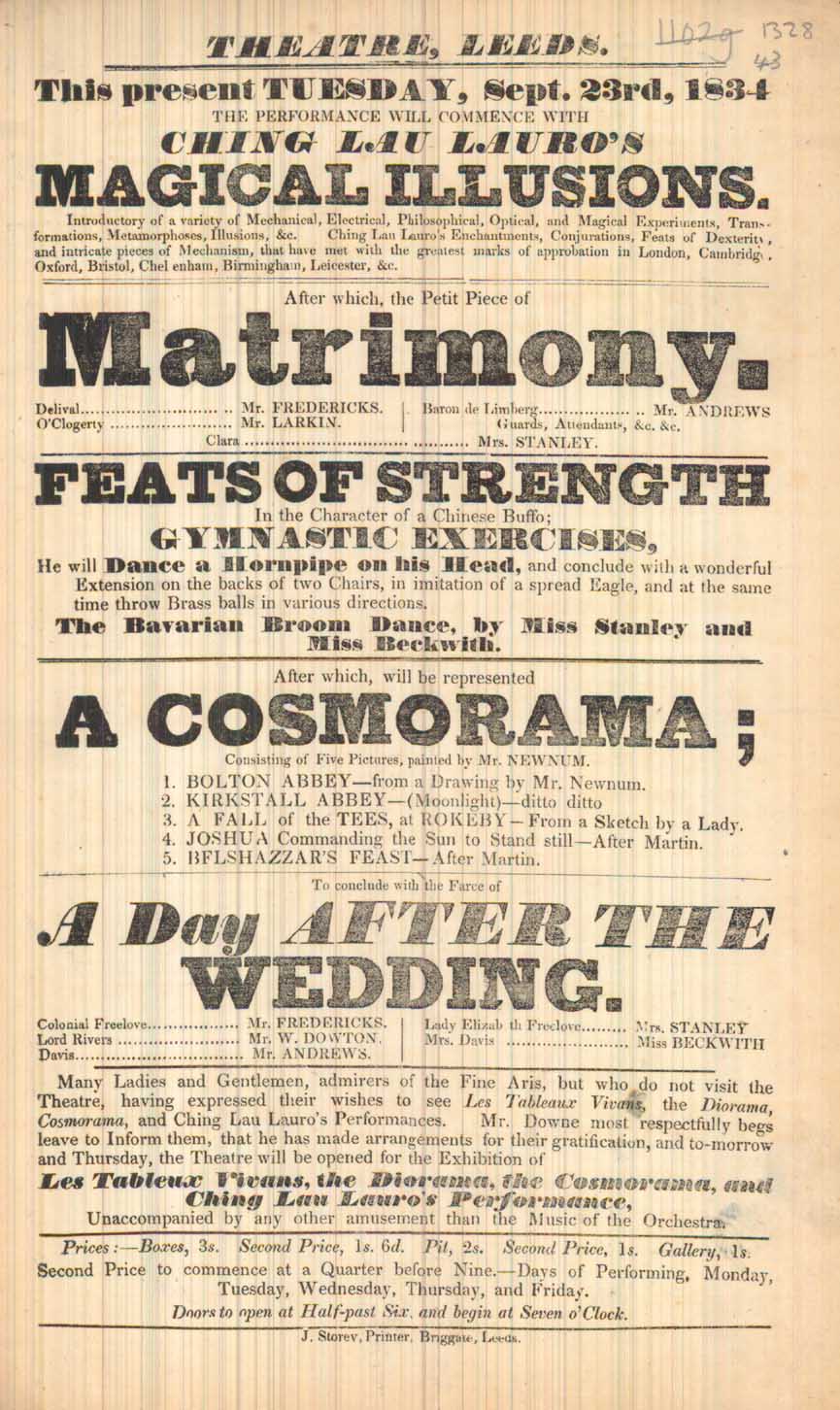 His exhibition with "Feats of Strength and Gymnastic Exercises" during which he juggled with balls while "Sitting in the Air upon Nothing"[2], led some to believe he was the first to perform an Aerial Suspension illusion in Europe.

Ching Lau Lauro performed in England and surrounding area until 1839.

According to a description accompanying the auction of one of his broadside advertising his first appearance at the Royal Shakespeare Theatre, Stratford-Upon-Avon on February 13, 1832, he was described as a well-known Cornish ventriloquist.