From Magicpedia, the free online encyclopedia for magicians by magicians.
Jump to: navigation, search
Mutus Nomen Dedit Cocis is a classic card plot in card magic based on a mnemonic that works with a 20-card mathematical cross-reference principle trick known as the Pairs Repaired (also known as Latin Card Trick, the Ten Duplicates and the Twenty Card Trick). 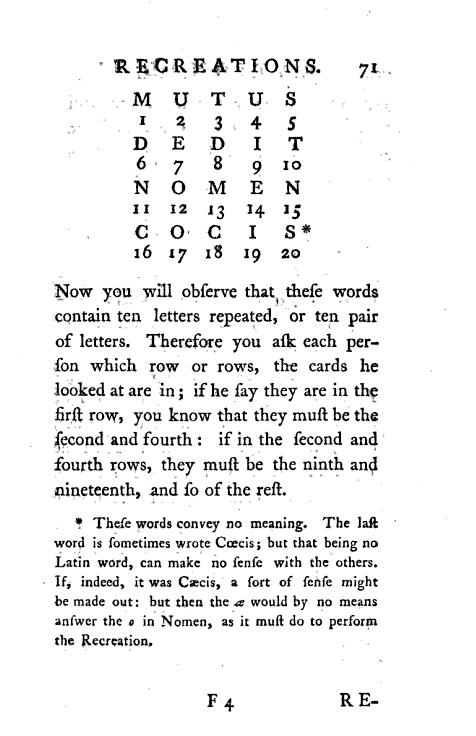 The cards are laid down in a four by five matrix and various spectators just think of any pair of cards. After shuffling and laying the cards back down then having them just point out which rows they lie in, the magician can name the correct cards they were thinking of.

The principle was first described in 1769 by Gilles-Edme Guyot.

There have been other mnemonics developed over the years that accomplish the same effect.