From Magicpedia, the free online encyclopedia for magicians by magicians.
Jump to: navigation, search
Oracle of Delphi is an illusion in which a talking head is floating in space. 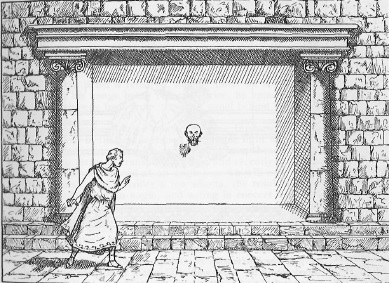 The illusion was created by Thomas Tobin and premiered in December of 1865, at the Royal Polytechnic, under the auspices of John Henry Pepper. The newspapers advertised it as "The Modern Delphic Oracle".[1][2]

It was sort of cross between Tobin's other successful illusion, The Sphinx, and Pepper's Ghost.[3]