From Magicpedia, the free online encyclopedia for magicians by magicians.
Jump to: navigation, search
Pirate Deck was a Mechanical Deck by Joe Berg to performed a "stabbed deck" effect. 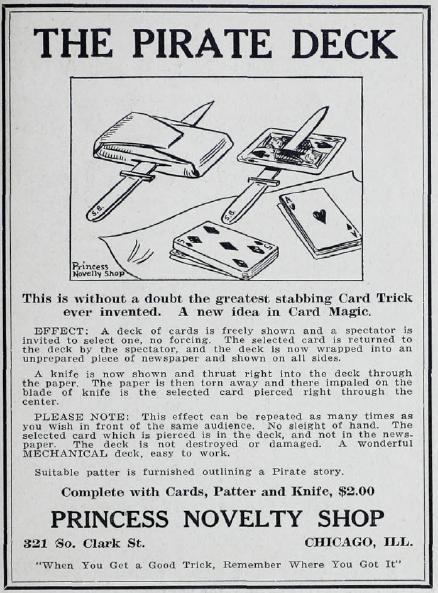 EFFECT: A deck of cards is freely shown and a spectator is invited to select one, no forcing. The selected card is returned to the deck by the spectator, and the deck is now wrapped into an unprepared piece of newspaper and shown on all sides. A knife is now shown and thrust right into the deck through the paper. The paper is then torn away and there impaled on the blade of knife is the selected card pierced right through the center.