Bellachini (1827[1] -1885), born Samuel Berlach in Prussia, was an officer in the Prussian service and one of the most popular conjurers in Prussia.

Bellachini was of Jewish origin. In the past, Jewish people didn't have family names. In the Grand Duchy Posen (part of the Kingdom of Prussia) they had, after the Napoleonic war, to take a family name. Samuel’s grandfather Ben Rabbi Lob Chajim chose his family name using the first letters B.R.L.Ch. of his name by inserting the letters e, to get the name Berlach.

In 1846 he took up magic performing mostly in the part which is now Germany, winning the title of "Court Conjurer". The story goes that during a performance where Kaiser Wilhelm I was in attendance, Bellachini did his "Magic Inkhorn" effect where a pen would only write on his command. He handed the pen and a sheet of paper to the king, with the request that he write something. When asked what to write, he told him "Bellachini is the Court Conjurer". 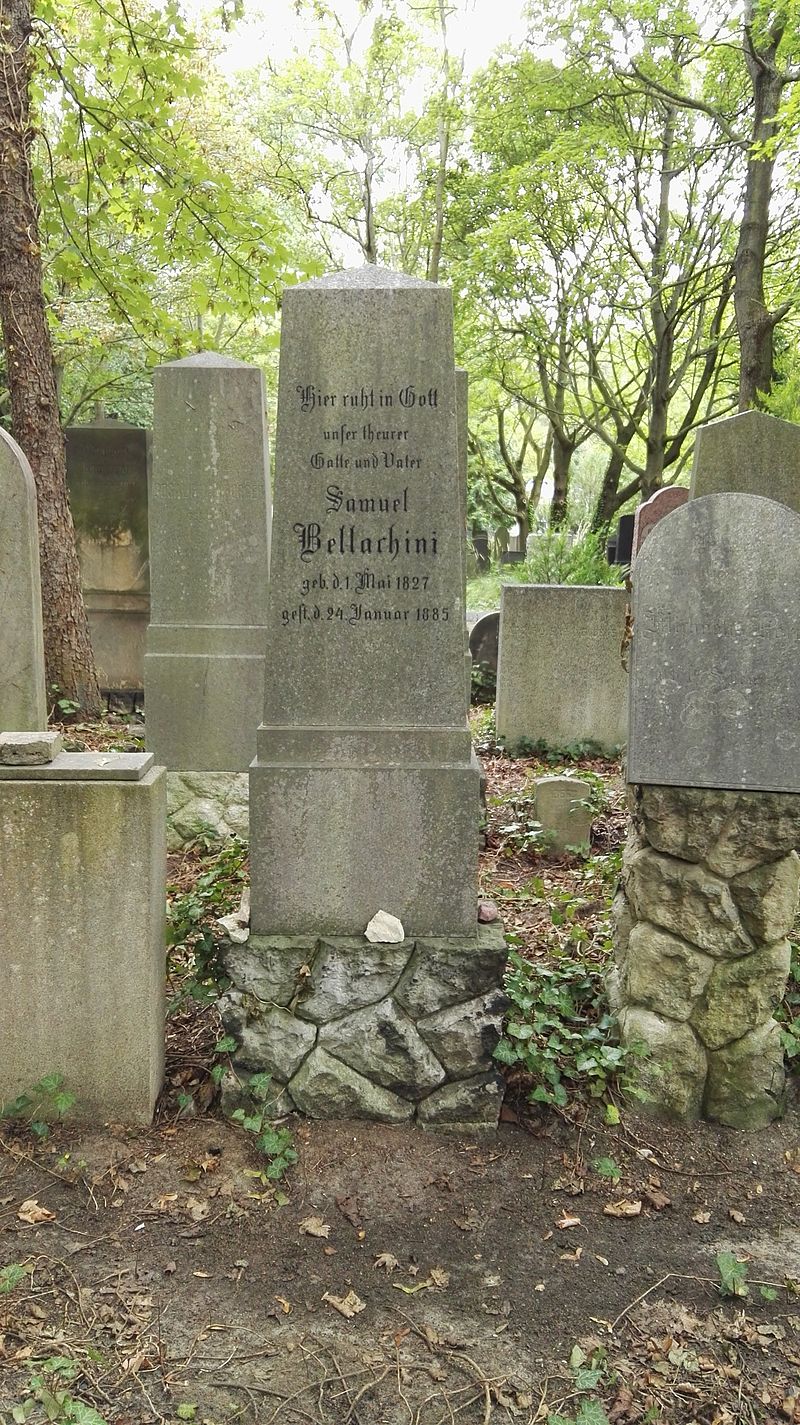 Grave at the Jewish cemetery Berlin-Weißensee

A feature of his act, producing eggs from his assistant's mouth, is described in Hoffmann's Later Magic.

He also did a side business in magical apparatus, which he sold to amateurs.

Bellachini suffered a stroke in 1882, which weakened his hands, making him unable to execute his best effect. In 1883, he lost his son, whose death was caused by the premature explosion of a pistol. A few years later, he suffered a final stroke that carried him off quickly.[2]

Bellachini was a very popular person. Until now many Magicians have chosen his name as their artist names.