Brainstorm in the Bahamas

Brainstorm in the Bahamas, a book by four magicians calling themselves The Magic Hedonists: Michael Ammar, Daryl, Adam Fleischer, and Paul Harris was published in 1983 and written by Fleischer. It describes their experience performing and relaxing in the Bahamas and the effects they created. Photo Captions were by Paul Harris, the Technical Illustrations by Joseph Wierzbicki and artwork by Chuck Trout.

The book was originally supposed to be written and illustrated by Richard Kaufman, who was the "fifth" hedonist, though not visible in the final product. All the tricks were in fact, created by the group of five in Kaufman's apartment during the winter of 1983 during a one-week period just before the group went to Club Med resorts in both Paradise Island and Eleuthra. 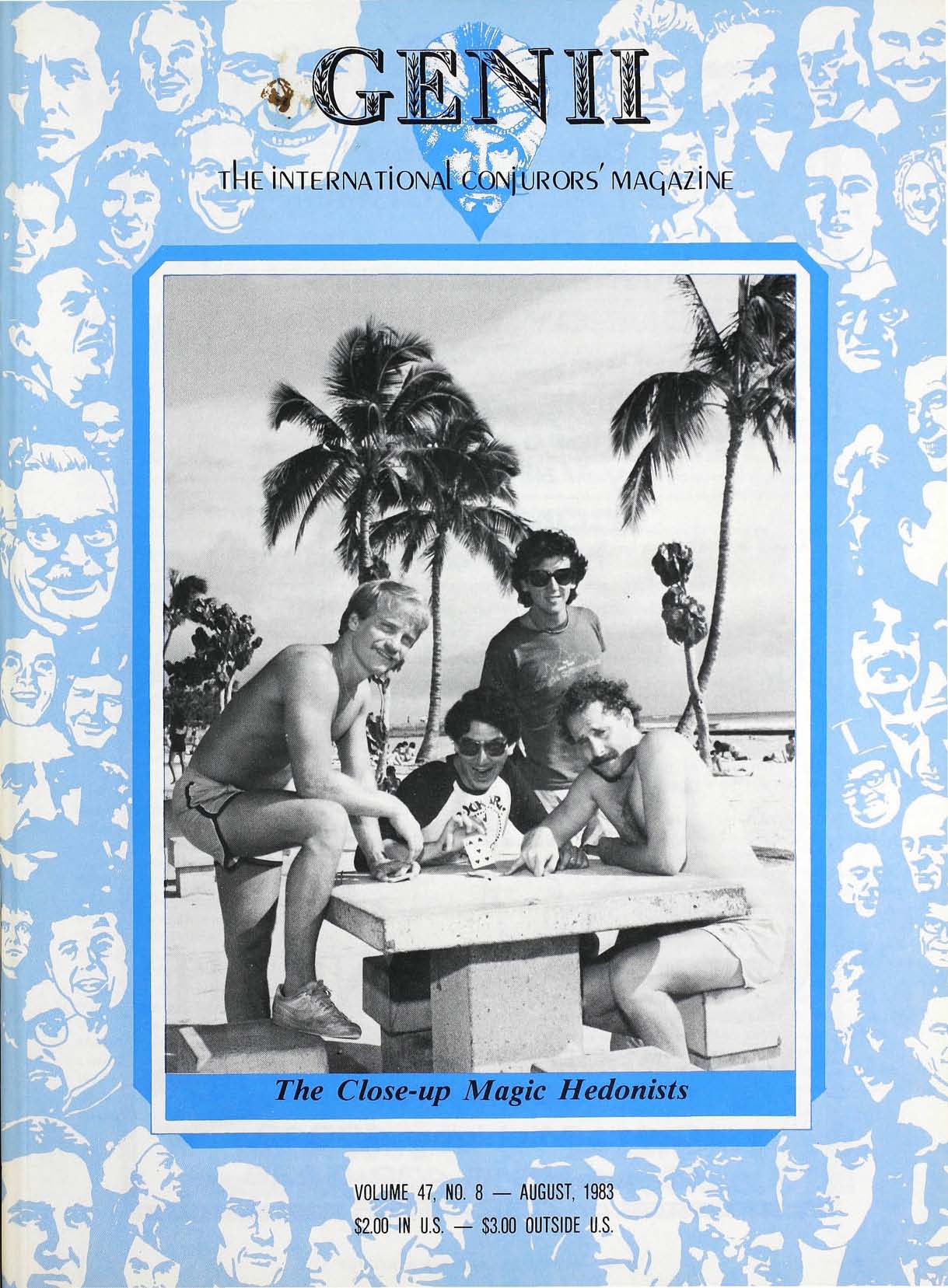 The Magic Hedonists on the cover of Genii (1983)

AoA = Effects that were republished in Art of Astonishment.