Richard Kaufman (b.1958) is a prolific author, publisher, illustrator, and editor of books and magazines in the field of magic and is currently the publisher and editor of Genii, The Conjurors' Magazine.

Kaufman (pronounce Cowf-man) was born in New York City. He became interested in magic at age 5 after receiving some novelties from the S.S. Adams company sent by his uncle Alan Soffin. This was followed up by a gift of several magic books. Richard's father, Lewis C. Kaufman (president of B. Altman and Co.), also encouraged his interest by purchasing tricks at a magic shop, learning them, and demonstrating them to his son.

Richard slowly began spending time at several magic shops in New York City, among them Circle Magic run by Mike Tannen, Magic Center run by Russ Delmar, and Lou Tannen's Magic Shop run by the Tannen brothers Lou and Irv, and Tony Spina. By the age of 14 he was already inventing magic effects and he illustrated his first book at age 16 (Afterthoughts by Harry Lorayne).

He attended Queens College, and then New York University, graduating in 1981 with a double-major in both English and Acting (the latter after having studied at the Stella Adler Conservatory of Acting). 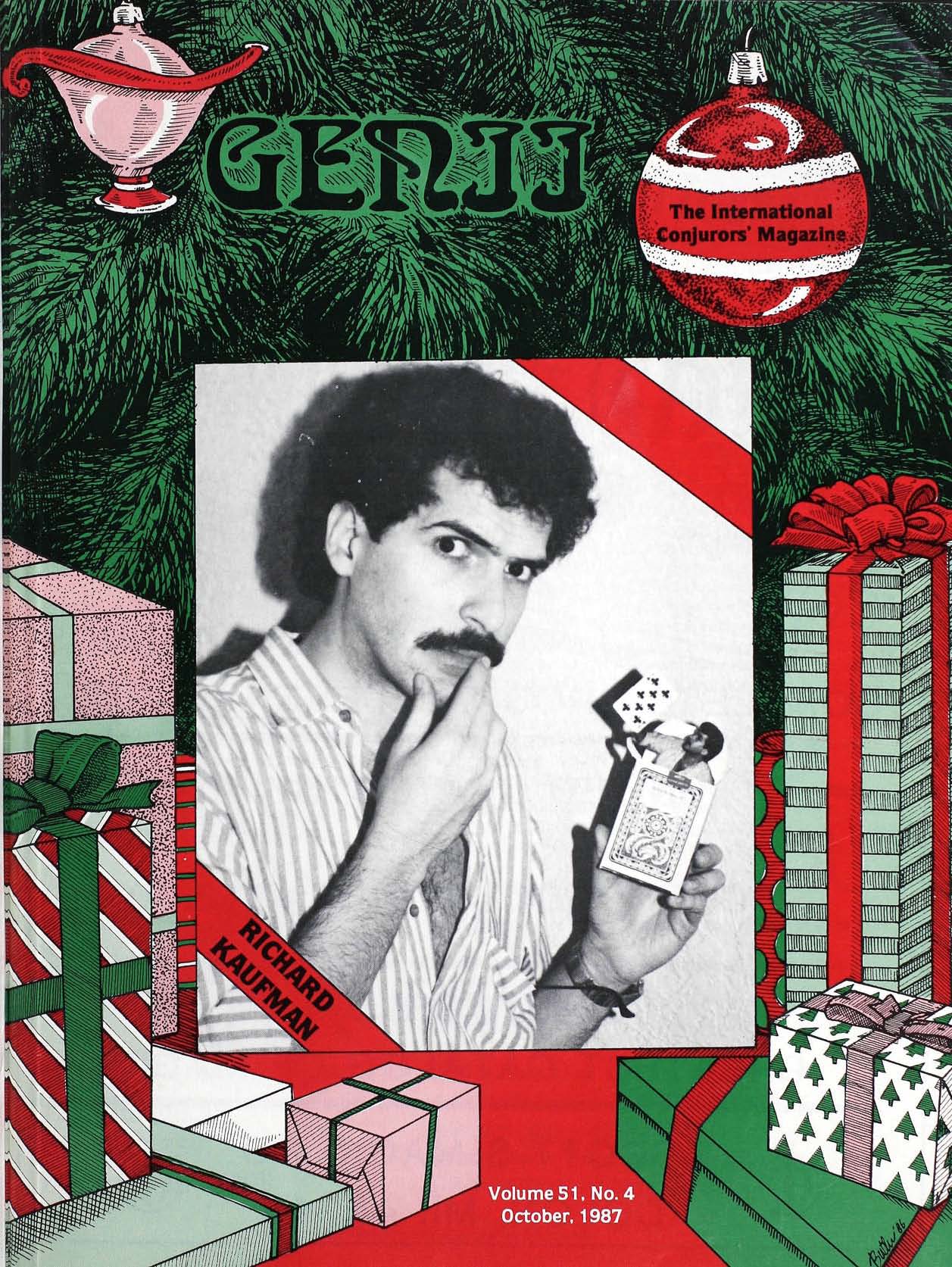 Kaufman illustrated many other books in the field through 1991, introducing a new style of cartoon-movement into technical magic illustration. He also began writing magic books, starting with the Interlocked Production of Coins in 1977. He self-published his first two modest books, then sought a partner for the financing required to publish larger books. Alan C. Greenberg, CEO of Bear Stearns, also a highly-respected amateur magician, brought the financing that Kaufman required and the company Kaufman and Greenberg was born. For the next 20 years it published many of the most highly-respected books in the field, capturing the sleight-of-hand methods and magic from many of the world's top magicians in printed form. In the mid-1990s, the business became Kaufman and Company and continued its successful publishing ventures.[1]

In 1998, Genii, The Conjurors' Magazine—which had been run by the Larsen family of California since 1936, and which is the oldest continuously-published magazine in the field of magic—was purchased by Kaufman, his wife Elizabeth, and partners Jane and Daniel Solomon. Kaufman became editor in chief and president of The Genii Corporation and the magazine continues its publication, now in both printed and digital formats. Genii also operates The Genii Forum[2] an internet discussion group open to all and MagicPedia[3], the largest online encyclopedia of magic.

Kaufman has appeared on the covers of Genii, The Conjurors' Magazine (1987); MAGIC (October 1993); M-U-M (2011) and has given presentations at numerous magic conferences including Magic-Con 2011.

Recognition of Kaufman's influence as a magic illustrator is described in The Art of Deception by Chuck Romano (1997) ISBN 0578007525.

Kaufman is also an avid Disney fan. He has visited all the Disney theme parks around the world and collects all sorts of Disney paraphernalia.

He lives in Washington, D.C. with his wife and daughter.[4]

Books that Kaufman has announced:

This biographical material is about a living person.
Such material requires a high degree of sensitivity,
and must adhere strictly to all applicable laws in the United States.
See MagicPedia:Biographies_of_living_persons for more information.
Retrieved from "https://geniimagazine.com/wiki/index.php?title=Richard_Kaufman&oldid=85693"
Categories: