Over a 60 year career he appeared on the Ed Sullivan Show 14 times together with his hand puppet "Lefty". He also was the opening act for performers like Frank Sinatra, Milton Berle and Liberace. In fact, he was the first act to open for Sinatra in Las Vegas. He was also the dean of the Society of American Magicians. 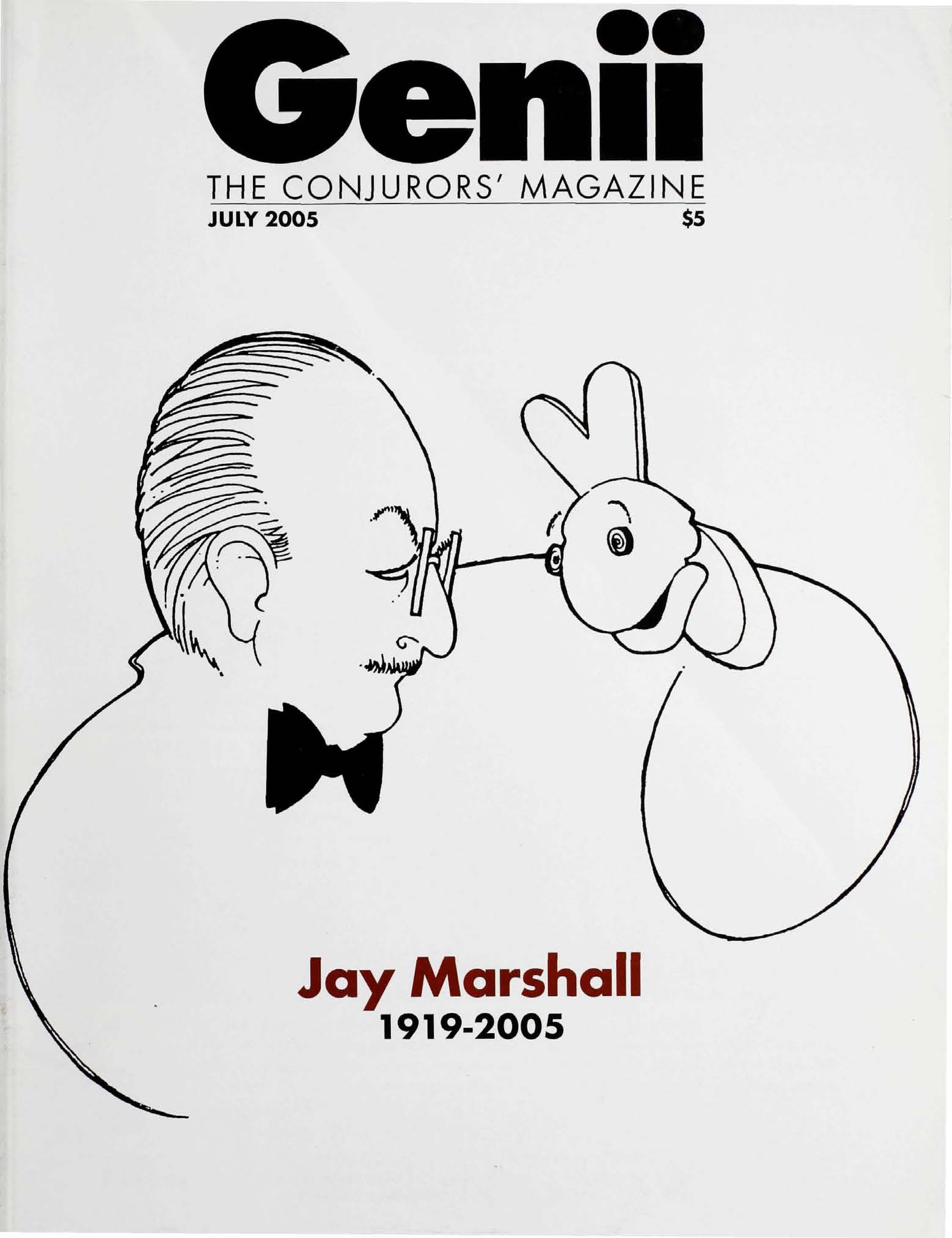 According to the Chicago Tribune, his interest in magic started when he was six. Marshall failed to graduate from Bluefield College in West Virginia and went on to be a professional magician instead.

During World War II, Marshall was "island hopping" in the Pacific to entertain military personnel in USO shows. He became tired of taking his elaborate ventriloquist's dummy called Henry with him, so he decided to use a white glove and some bunny ears to turn his left hand into his dummy, "Lefty".

In the 1950s, Marshall moved to Chicago and married fellow magician Frances Ireland. Together they opened a magic shop in 1963 called Magic, Inc. on Lincoln Avenue on Chicago's North Side. Marshall was also a historian of stage magic and wrote several books about it. However, his own acts focused more on card magic and sleight of hand which he often combined with ventriloquism. One of his creations was the Jaspernese Thumb Tie.

He died at the Swedish Covenant Hospital in Chicago after a series of heart attacks.[1][2]