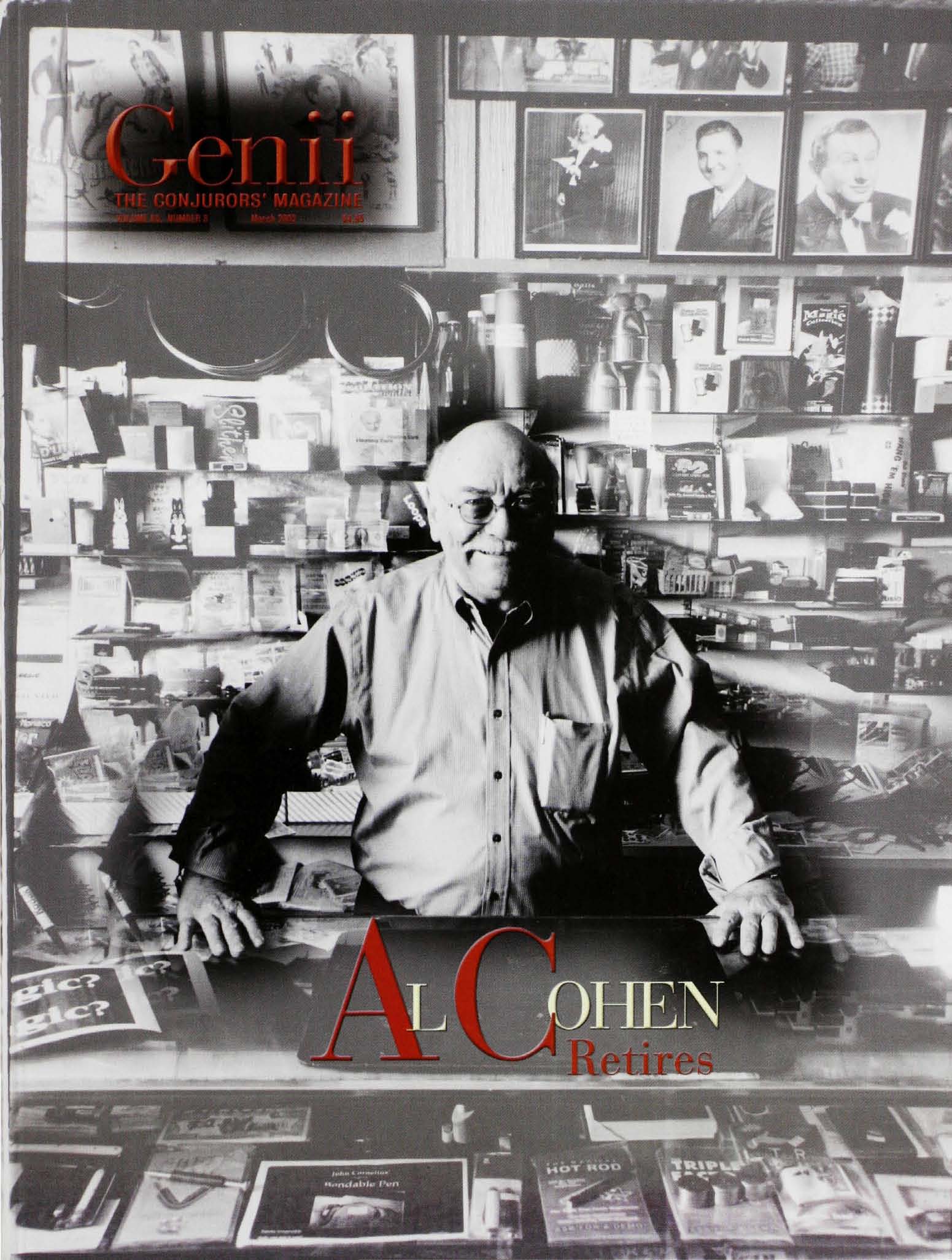 Al's Magic Shop was a widely-known magic shop run by Al Cohen in Washington D.C., that carried a large inventory of magic items for 58 years, starting in 1946, until it was closed in 2004.

In 1936, as a young man, Al began working at his father Macye Cohen's gift shop, "The Oriental Bazaar" (later "National Gift Shop") in Washington D.C., which sold souvenirs, gift items, novelties and greeting cards. After getting a degree in Accounting, Al even prepared Income Tax returns there for taxpayers during tax season.[1]

In 1946, they started adding some magic tricks from the S.S. Adams Company to the store's inventory. Al began learning and demonstrating the tricks they sold. He visited New York and talked with Lou Tannen about how best to sell magic, and in 1949 attended his first magic convention (MAES).[1] From those early origins, the store would eventually evolve and become Al's Magic Shop.[2]

The store was originally located on Pennsylvania Ave. near 12th Street in D.C. Above the glass display cases of magic apparatus and conjuring materials and publications, the ceiling was literally papered with hundreds of King, Queen and Knave playing cards that had been flung up there by numerous visiting magicians showing off their "Card on the Ceiling" skills.[2]

There was always fun to be had at the shop. Al kept a fish bowl filled with just plain water in the front window. The sign on it said: "The Famous Invisible South African Fighting Fish". If a customer expressed skepticism, Al would tell them to just stick their finger in the bowl and see what happens. They never did.[3]

They also had an empty tray on the counter with a sign saying: "Used Flashpaper -- $5"; and would have some their small novelty items labeled: "25 cents each, or 3 for $1". If a customer bought the 3 for $1, Al would give them an extra one "free". There were wooden nickels around, often given out free to customers, and "Floor Nickels" nailed into the floor. There were various coins randomly super-glued to the counter tops.[3]

Jay Marshall would tell a story about how Eddie Fields once dropped by Al's shop, pretending to be a beginner, just so he could see Al demonstrate a Svengali Deck.[1]

Threatened by demolition during the Pennsylvania Avenue Re-Development project in DC in the 1970s, Al and his son, Stan, who also now worked in the shop, decided to relocate, and in 1980 moved to their new location at 1012 Vermont Ave. between 15th and K Streets.[1]

Magicians, Politicians, and Other "Interesting" Clientele

Over the years, the shop was frequented by an array of famous customers (in addition to virtually every well-known performing magician at the time, who might be performing in town, or passing through D.C.), including: George H.W. Bush, Gen. Schwarzkopf, Henny Youngman, and Muhammad Ali, among any number of other TV and film celebrities, prominent government officials and politicians, and well-known personalities.[4]

Besides the many performers and amateur magicians who were regulars at Al's Magic Shop, Al and Stan also saw an array of real characters pass through their doors past the rubber chickens. One lady who visited frequently one time tried to get them to burn all of their decks of Tarot cards, and to attend an exorcism with her, because they were surely cursed from having those cards in the shop. Stan said they politely declined her invitation, and he told her, "Hey, lady, you're cracked."[2]

The shop would also get very interesting phone calls from time to time. Al remembers one caller asking: "Is this the magic shop?" "Yeah", Al answered. "Do you sell dried bat's blood, or newt's eyes?" inquired the caller. "I'd tell them", said Al, "No, but I've got stink bombs. Will that do?"[2]

Al retired from running the shop in 2002, with Stan continuing to run the business, until Al's Magic Shop officially closed its doors on April 12, 2004.[1][5]