Al Cohen (b.1926) was owner and demonstrator of Al's Magic Shop in Washington D.C.

In 1936 at age 10, Al began working at his father Macye Cohen's gift shop, "The Oriental Bazaar", in Washington D.C., which sold gifts, novelties, and even prepared Income Tax returns. He continued to work in the shop even while attending college (first to get a degree in Entomology, and then Accounting).[1] When the shop began adding some magic tricks from S.S. Adams Company to their inventory in 1946, this led to magic taking a hold on Al, and on the store as well --- which would eventually evolve into Al's Magic Shop.[1]

As a performer, Al has played many venues, including among others: four times at the White House, on early Washington TV, at birthday parties, magic conventions, corporate events, and Blue-Gold Banquets.[2][3]

Early on, Al became a very successful demonstrator for his store, and a favorite at conventions. Jay Marshall told a story about how Eddie Fields once dropped by the shop, pretending to be a beginner, just so he could see Al demonstrate a Svengali Deck.[3]

He would often appear and perform at conventions in the guise of his character, "Pernell Zorch". General Norman Schwarzkopf, who shared with all of us an interest in magic, and who was a regular customer at Al's shop, once attended a magic convention in St. Petersburg, Florida, to watch Cohen’s Pernell Zorch Act, and Al was the one who signed Schwarzkopf’s (then a Colonel) application for the I.B.M..[2]

Al's Magic Shop had an array of famous, regular customers who included (in addition to virtually every well-known performing magician at the time who passed through D.C.):
George H.W. Bush, Gen. Schwarzkopf, Henny Youngman, and Muhammad Ali, among a number of other TV and film celebrities, prominent government officials and politicians, and a variety of other well-known personalities.[3][4]

Al started writing a periodic column, called "Memoirs" for Genii in 2007, and he prints and distributes "Al's Menu" of items that he still has available and sells on-line.

Outside of magic, Al's interests include photography, travel and "having fun". In 2013, he told M-U-M magazine about some fun going out to a restaurant: "I still carry magic on me. We were sitting at a table in a restaurant, and I surprised the waitress with the old fire wallet routine. A woman from another table came up and asked about it. I performed it again, and she wondered if I might mind doing another. Fortunately, I had my sponge cubes with me. I use sponge cubes rather than sponge balls, so I don't have to chase them all over the table and floor. I had a very fun time."[3]

"Al Cohen is not only one of the most honest and respected dealers in the world, he is above all else a gentleman. I have yet to meet a magician who doesn't hold Al Cohen in the highest regard." — Larry Becker[3] 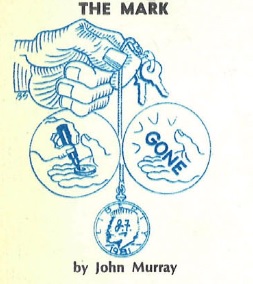 Al created many effects and new handlings of his own, which he sold through the shop, and which were widely distributed to be sold by other dealers, including: